According to a Digitimes report, Chen Zhixing, Associate of the Power Supply and Sensing System Division of Infineon, a semiconductor manufacturer in Greater China, said recently that the company’s new material products such as SiC (silicon carbide) and GaN (gallium nitride) have entered mass production, and in the future The shift of the manufacturing of such power chips from mainstream 6-inch fabs to 8-inch wafer fab production is a common optimistic trend for major international manufacturers. 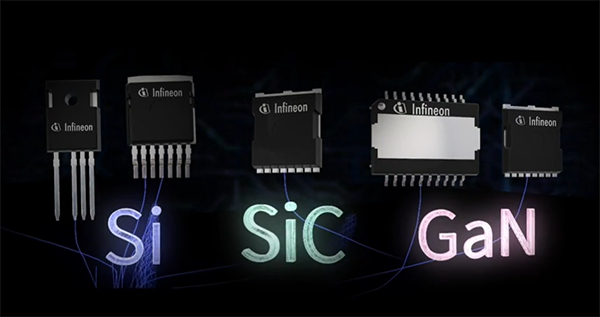 Chen Zhixing pointed out that the price of SiC and GaN-related wide band gap (WBG) power components has dropped significantly, but the cost is still the key to opening the market. The price gap between silicon carbide and gallium nitride chips is not big, but the cost gap between these two products and pure Si silicon products does exist, and the current cost is still relatively high.

Infineon predicts that with the joint advancement of production scale, capacity investment, yield control, etc., the cost of SiC and GaN power components is expected to be effectively reduced. It is expected that there will be opportunities to reduce the cost to that of silicon-based components in 3 to 5 years. To a similar level, the back-end process technology has also continued to advance.

Infineon was the first to use a 12-inch wafer factory to produce silicon-based power components. In recent years, GaN gallium nitride chips have been widely used with the development of mobile phone and computer chargers, and related manufacturing technologies are also rapidly advancing . Since SiC silicon carbide power components have been available for more than 20 years, Infineon said that this type of chip used to be produced in a 2-inch wafer fab, but now it is turning to the mainstream 6-inch. It is normal to move to an 8-inch fab in the future.