The new SK hynix M16 plant was completed with a total investment of 3.5 trillion won.

On February 1, 2021, SK Hynix held the M16 new plant completion ceremony at its headquarters in Icheon, Gyeonggi-do, South Korea with the theme of "WeDoTechnology, Enabling Happiness". In order to comply with the epidemic prevention regulations, the company reduced the scale of this event and held it only as an internal event of the SK Group. 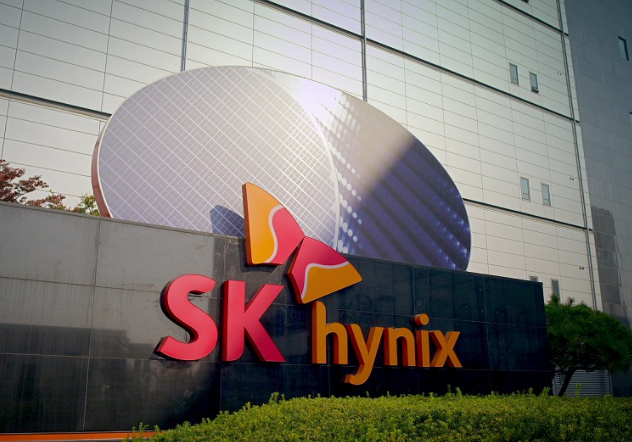 Chairman Cui Taiyuan said at the completion ceremony: “When we announced the construction of the M16 plan two years ago, the semiconductor industry was in a sluggish market. Therefore, our plan also aroused concerns from all walks of life. However, as the industry is concerned about the future market conditions, The outlook has gradually improved, and the difficult decisions under difficult times have now allowed us to spread our vision for the future. M16 not only means the successful completion of another long-term plan of the company, but also symbolizes the starting point of the Yongin semiconductor industry cluster."

Chairman Cui Taiyuan also said: “The smooth completion of M16 will help many stakeholders. I believe that in return M16 will also make corresponding contributions to their happiness in the future. I hereby urge all members of the company to not only Considering the creation of economic value, we must also focus on joint development with partnerships, environmental protection, and contributions to the development of neighboring communities from the ESG level."

Construction of the SK Hynix M16 started in November 2018, with a total investment of 3.5 trillion won and a total of 3.34 million workers. It took 25 months to complete the project. The M16 factory will mainly produce DRAM products with a total area of 57,000 square meters, equivalent to 8 football fields, 335 meters long, 163 meters wide, and 105 meters high (equivalent to 37-storey apartment buildings). SK Hynix is located at home and abroad. The largest production facility.

SK hynix is equipped with EUV (Extreme Ultraviolet) lithography machine for the first time in M16. By adopting advanced basic equipment in M16 factory, it is ready to develop the new factory into the company's next-generation development power. The company plans to use EUV lithography machines to produce fourth-generation 1a nano-level DRAM products from the second half of this year. SK Hynix will increase the utilization rate of EUV equipment in the future and further strengthen its leadership in advanced engineering technology related to memory semiconductors.

The completion of M16 also means that the "Future Vision" announced by SK Hynix at the completion ceremony of the M14 plant in Icheon in 2015 has been completed ahead of schedule. At that time, SK Hynix announced the construction of three new factories including M14 in South Korea within ten years from 2014 in order to grasp the sustainable leadership in the semiconductor industry. After completing the construction of the M15 plant in Cheongju, South Korea in 2018, the company successfully completed its "Future Vision" three years earlier through the successful completion of the M16.

SK hynix CEO Lee Seok-hee said, “M16 is a comprehensive production facility that integrates advanced basic equipment such as EUV area and cutting-edge pollution control facilities. It will not only create more economic value in the future, but also is expected to become a high-tech company to promote the company’s ESG management. Horizontal production base."

SK hynix expects that M16 will play a leading role in realizing its "FinancialStory" vision. The company announced in October last year that while consolidating its industrial competitiveness based on its two major businesses, DRAM and NAND flash memory, it also focuses on the creation of social value (SV) and the financial story of environmental, social and corporate governance (ESG) business activities. Vision. The company plans to proceed with this vision from 2021, in which the completion of M16 will be the "first shot" for this project.

At the same time, at the completion ceremony, SK hynix awarded merit cards and thank-you cards online to those who participated in the construction work and important partners.

Finally, the completion of the M16 is inseparable from the strong support of the local government and local communities. For this, SK Hynix expressed its gratitude to relevant people in the Icheon area. The Mayor of Icheon, Yan Taejun, said, "The completion of M16 has further improved Icheon's status as a key city in the smart semiconductor zone."