Zuhause > Branchennews > The domestic Xuanji chip of Huace Navigation has been put into mass production this year.

The domestic Xuanji chip of Huace Navigation has been put into mass production this year.

Huace Navigation recently stated on the interactive platform that the "Xuanji" chip developed by the company has been put into mass production this year and will be used for self-developed equipment and external sales. "As of now, the "Xuanji" chip has not been sold to the outside world, and the company's business strategy is first to focus on equipment for personal use. 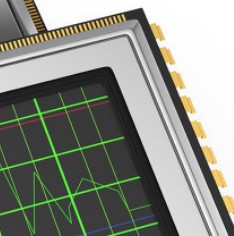 After mass production, "Xuanji" will greatly reduce the cost of the company's GNSS products, modules, and boards. It can be used in surveying, mapping, navigation applications, autonomous driving, drone aerial surveys, and agricultural machinery automatic navigation.

Founded in 2003, Huace Navigation is one of the leading companies in the domestic high-precision satellite navigation and positioning industry. The company provides products and solutions to traditional application industries such as surveying and mapping, land and land, and emerging fields such as smart cities, autonomous driving, and artificial intelligence. At present, it has formed five major industries: spatio-temporal geographic information, unmanned intelligent systems, precision agriculture, digital construction, and commercial navigation .

The latest research report pointed out that the Beidou industry has broad prospects, and self-developed chips help the company's competitiveness. The upstream of the satellite navigation industry chain includes chips, antennas, boards, etc., the midstream includes terminal integration and system integration, and the downstream is applications such as map navigation. Huace Navigation lays out the entire industry chain, focusing on high-precision navigation equipment and solutions, and has its own Research chips and boards, leading the industry in technology and cost control.